In a national park in Alabama during a legal hunting, Strokes and Jenkins families caught an impressive alligator specimen, setting a new world record.

The captured alligator  is much larger than expected, so when hunters put him on the scale to be measured and weighed, the unit broke under the weight of the animal.

With the help of biologists employed at the park, the huge reptile was finally weighed and the record dimensions were announced: 460 kg and 4.5 meters long. With a length of 4.5 meters and a weight of 460 kilograms it is the biggest alligator ever caught in Alabama, at the end of a fight that lasted for ten hours according to the hunters.
BoomViral is against killing such majestic and rare creatures. Such strong and healthy animals should be protected! 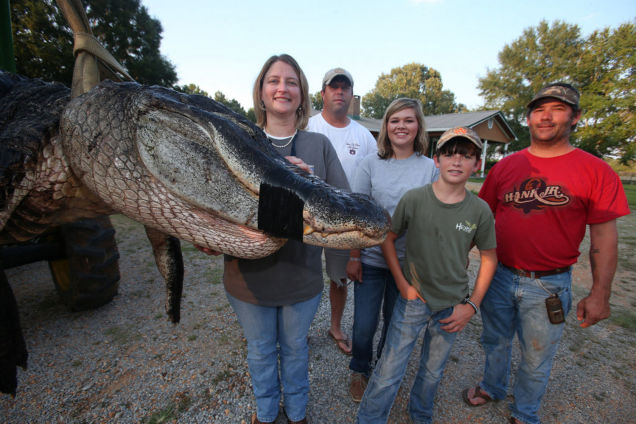 Alligators are a protected by law, but in the state of Alabama there are special parks where limited hunting is possible to reduce and control numbers of reptiles.